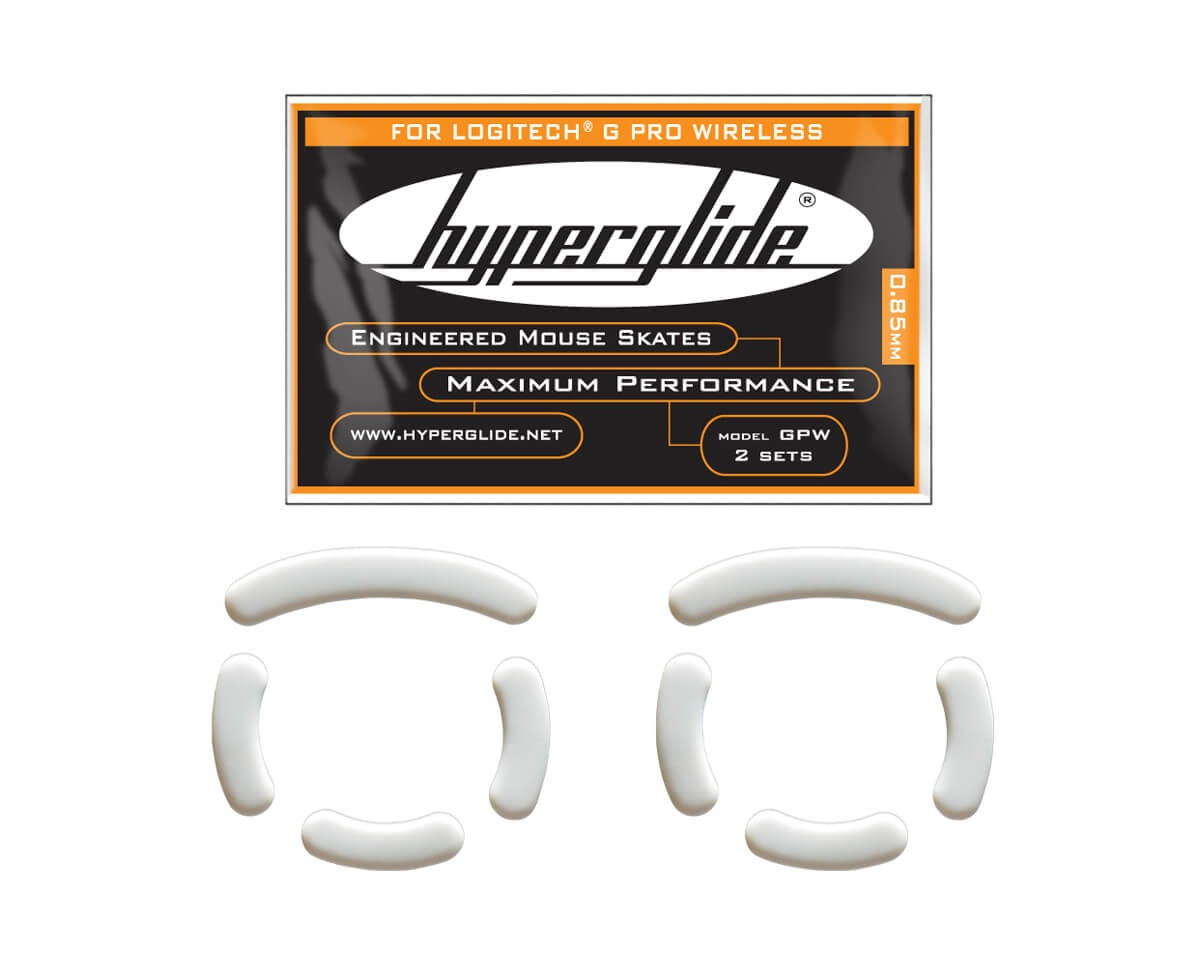 These Hyperglides feature a 0.85mm thickness profile vs the stock 0.60mm. Each packet contains 8 pill shaped feet (enough for 2 mice) that are a vast improvement over the stock feet. Since the stock feet have a usable thickness of only ~0.15mm, you get much increased durability without affecting sensor tracking. Of course glide is much improved with our G-Curve rounded edges.

You will notice that we have not released replacements for the centre ring foot of the G Pro. In our view, increased feet durability outweighs the need for a centre ring foot.

The Original of mouse feet from Hyperglide - The company was founded in 2003 when PC Gaming and multiplayer games began to flourish. The traditional feet of the mice were worn out quickly and slipped and the precision became worse. Hyperglide realized this and not only developed replacements, but they developed new ones that were better.

The advantage of Hyperglides is that they are made of PTFE (Teflon) which has low friction and provides a better, faster but still more controlled glide. Hyperglide has for many years perfected it's product and over the years has become an easy way to take its gaming to the next level and something of a standard for competitive FPS gaming.